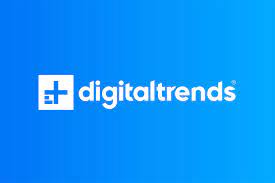 Avis is testing A.I. tech that scans your rental car for damage

One of the most annoying parts of renting a car is the post-trip inspection. When you’re in a hurry to catch a flight, checking the car for damage at the rental lot can seem to take forever. It’s also possible that you’ll be billed for damage that wasn’t your fault. Avis Budget Group hopes artificial intelligence (A.I.) tech can help make things easier. It’s running a pilot program that uses A.I. to automatically detect damage, as well as potential maintenance issues, to its fleet of rental cars.

Avis is working with Ravin, a startup that specializes in automated vehicle inspections for fleet operators and insurance companies. The system being tested uses CCTV cameras to take a 360-degree scan of cars as they enter and exit rental facilities. This allows Avis to take note of any issues before a car is rented out, so the customer doesn’t get charged for damage they didn’t cause. Customers are even get to see a digital rendering of the car that shows its condition before the keys are handed over, Ohad Zeira, vice president of fleet ventures at Avis, told Digital Trends. It also eliminates the need for employees to even glance at cars as they come in, speeding up the return process.

In the initial pilot program at London’s Heathrow Airport, Ravin’s A.I.-basde system has already spotted 22 percent more issues — such as dents and scratches — with vehicles than the conventional, manual inspection process, according to Avis. That’s partly due to the use of multiple camera angles for each car, which makes it easier to spot dents, Zeira said. Employees also sometimes rush through inspections in order to get customers out the door more quickly, he noted.

Getting computers to analyze images is tricky (just ask any self-driving car engineer). Avis chose Ravin over competitors because of its A.I.’s proficiency in spotting dents and scratches, Zeira said. The system doesn’t need to be shown an image of a particular car beforehand in order to spot damage, he said. Ravin’s system also uses off-the-shelf CCTV cameras — the kind Avis already installs for security purposes — rather than bespoke hardware. Some facilities may require more cameras, but that still lowers the potential cost of taking the system mainstream.

While Zeira called the Heathrow pilot program a “resounding success,” Avis would not discuss a timeline for adding automated inspections at other locations. The next step will be to launch additional pilot programs covering different use cases, Zeira said.

Zeira said testing A.I. tech is part of a larger effort by Avis to transform from a conventional rental car company into a “mobility company.” Data and connectivity will likely play a big part in that change as well. Automated inspections could also dovetail with autonomous cars, which are expected to operate in large corporate fleets for ridesharing or delivery services. Eliminating human drivers saves costs, so it makes sense for companies to develop automated infrastructure to support those cars.

Avis is testing A.I. tech that scans your rental car for damage

Avis is working with Ravin, a startup that specializes in automated vehicle inspections for fleet operators and insurance companies.