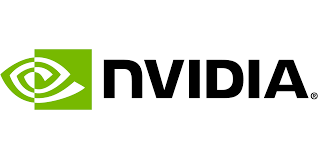 Anyone familiar with a fender bender knows that the rigmarole of getting a damage estimate is ready for the wrecking yard.

A startup wants to change that.

Ravin is using AI to help automate the process of vehicle inspections and reduce headaches for car rental agencies, car dealers, insurers and all of these companies’ customers.

Based in Haifa, Israel, and London, Ravin applies computer vision and AI to vehicle damage detection and assessment. It has obvious applications such as rental car pickups and returns.

With its app, people can circle a vehicle to take a video and be done. AI does the rest: It calculates the cost of repairs based on the vehicle and damages it identifies.

Ravin co-founders Eliron Ekstein and Roman Sandler formed the company to harness AI to alleviate the problems of tracking damages for car rental businesses and dealerships.

The startup came about as a digital business unit spinout of oil giant Shell. Earlier this year, the founders secured $4 million in seed funding led by Pico Venture Partners and with participation from the Dutch energy giant.

Today’s advanced vehicle damage assessment can require a person to take photos up close from multiple angles and another person at an office to assess the damage from the pictures.

There’s an easier way, says Ekstein, the company’s CEO. “We ask the user to walk around the car with a mobile phone (running a video app), or drive through a set of CCTV cameras. We pick up the damages ourselves automatically, and we classify and estimate it for the insurer or fleet owner to make a decision,” he said.

Ravin’s app enables a quick video to be converted into dozens of images around a car and then run through its algorithms in AWS powered by NVIDIA GPUs for damage detection, he said.

The startup’s neural networks were trained on NVIDIA GPUs running in workstations. “We used hundreds of thousands of images to train the models,” said Sandler, the company’s CTO.

For fleet operators, Ravin can set up fixed camera systems to capture photos of inbound vehicles, automating the process of damage assessments.

Rental company Avis has been using Ravin’s system at Heathrow Airport in London.

“They use it to inspect cars for damage when customers come back, which helps them charge only the right people for the right damage,” said Ekstein.

Ravin’s system can help fleet operators manage their risk on damaged vehicles as well as more quickly move cars to repairs for a faster turnaround to get them back in use, he said.

“We can shorten the lead time to repair and help understand the true cost to repair it,” said Ekstein.

Ravin is using AI to help automate the process of vehicle inspections and reduce headaches for car rental agencies, car dealers, insurers and all of these companies’ customers.

The Future Of Vehicle Inspections Is AI-Assisted With Eliron Ekstein

Let’s face it: car inspections suck. They take too much time and can be very subjective. If we want to make the process more efficient, then AI-assisted vehicle inspections are the way of the future. Chad Burmeister sits down for an interview with the CEO of Ravin.AI, Eliron Ekstein.

Anyone keeping up on the news nowadays has surely heard about what’s going on in the used car industry. The low supply of new cars and continued demand for mobility, alongside COVID fears, have resulted in record demand levels for used cars

Once upon a time, car insurance was a complex thing. In order to buy an insurance policy or to file a claim, you had to undergo an arduous process through an agent or directly with the insurance company. As if dealing with an accident wasn’t enough of a headache on its own, processing the claim itself and getting the car repaired became an endless adventure.

We’ve all been there- having to file a claim with our car insurance company. Let’s put it this way: it’s not enjoyable. The process of filing a claim can be long, tiring, costly, subjective, and overall frustrating

COVID-19 has shown us that customers are less excited to come in to service their car — which explains the rise of concierge-like car repairs.

Auctions are critical to the automotive industry.