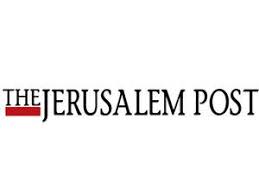 To win the AI revolution, companies need to evolve with it

Automated everything, a global economic expansion in the trillions of dollars and, of course, robots everywhere. The AI revolution was – is – supposed to accomplish all this, and more.

But it turns out that the revolution is more of an evolution, especially in traditional sectors like manufacturing, maintenance and insurance, where physical objects play a key role. AI has had an important impact on numerous industries, but it has yet to reach its full potential – either because the technology is still under development, or businesses are not quite ready for it.

The commercial progress and success of AI has indeed been slower than many expected - but that “delay” can actually work in favor of business. As machine learning, neural networks, and other AI technologies improve, more businesses will be implementing them – and that gives businesses time to get in on the ground floor of technology that is already making itself felt – and will make itself felt even more in the coming years.

Businesses that haven't jumped onto the AI bandwagon yet can still begin implementing AI technologies and business strategies – and ensure that they stay abreast, or even ahead of their competitors. And there is still plenty of opportunity to do so; a US Census Bureau study shows that AI technologies have yet to catch on in most industries. The study of nearly 600,000 US businesses shows that only a few percent were using advanced AI technologies like machine learning, machine vision, natural language processing, and others.

Even if its capabilities are currently limited, AI can have a significant impact among businesses that use it. An Accenture study shows that the top ten percent of companies that adopted AI and cloud-based strategies grew revenue during a three year period by 25% over competitors who did not aggressively implement those technologies. And that's just with the limited AI capabilities available today.

The benefits of those limited capabilities are available right now – and businesses should be taking advantage of them, even if the benefits they can realize now are limited. It's not just about this quarter's profits – it's about preparing for the day in the very near future when AI technology will be a centerpiece of successful businesses. That preparation – including building infrastructure that will enable the organization to easily implement AI technologies, guiding customers on how that infrastructure will work, and developing work habits and procedures to accommodate AI technologies – needs to begin now, while AI is still evolving, before the revolution has really gotten underway.

A good example of this process at work is in the insurance inspection business, where adjusters are increasingly turning to AI in order to work more quickly, efficiently, and accurately. Inspections are, by their nature, time-consuming, and even experienced adjusters can make mistakes. In addition, because each inspector and inspection system is different, it's difficult to achieve real objectivity; “damage” is often labeled as such based on the subjective impression of the adjustor, instead of an objective standard.

Home inspections can also greatly benefit from AI – especially roof inspections, considered by many to be the weak link in an inspection. Roofs are difficult to access - safety issues such as climbing on ladders and working on pitched roofs abound - and roof damage is often hidden beneath tiles or other coverings. In recent years, insurers have begun using drones to take photos of roofs, but those who go a step farther – analyzing those images using machine learning and other AI-based technologies – will be able to realize more extensive benefits.

Using machine learning, AI systems can compare between thousands of images, with the system honing in on imperfections or anomalies that could indicate hidden damage, similar to systems being developed in other areas, like medical imaging. Inspections based on such analysis would be more objective and efficient. The system could analyze images based on a machine learning-powered engine that could quickly determine an objective standard for damage.

Another area where AI can be an important addition is vehicle inspection. Here, too, “damage” is often a subjective call by the adjustor – but with AI, objective standards can be implemented. AI would help make the vehicle inspection process much more efficient; for example, if a manual inspection takes 45 minutes, an AI-based one could take 10 minutes. While some early systems are indeed available, they are not widely used – generally still requiring a professional rather than a consumer who can simply use their phone — and the full range of benefits are still not attainable. But they will be in the near future – and businesses that want to remain ahead of the curve and benefit from the changes AI will bring need to get on the bandwagon right now.

The key is for potential beneficiaries of these technologies to realize that the slight incremental improvement they can see now will soon be a significant improvement – but if they don't begin implementing these systems now and guiding customers – as well as their own personnel – in how to use them, they will be riding the coattails of the revolution, when it inevitably breaks out. Then they will be playing catch-up to companies that did have the vision to move forward when AI was still evolutionary – and often, companies never do catch up from that innovation lag.

To win the AI revolution, companies need to evolve with it

The commercial progress and success of AI has indeed been slower than many expected - but that “delay” can actually work in favor of business.